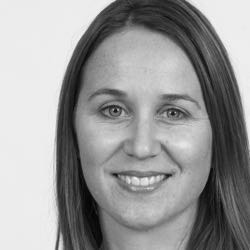 Mhairi Maskew, MBBCh, PhD, is a physician and epidemiologist. Mhairi has been involved in the management and analysis of large HIV treatment cohorts databases for the last 10 years. She joined the HE2RO team in 2010 and, as a Principal Researcher, currently provides leadership to projects involving big data linkages. Mhairi was previously based at Helen Joseph Hospital in Johannesburg, South Africa, as a clinician in the Themba Lethu clinic, one of South Africa’s largest antiretroviral treatment sites. During this time she also worked in the hospital’s Oncology unit where she developed an interest in HIV-related malignancies. She has since completed a PhD at the University of the Witwatersrand which explored the epidemiology of Kaposi Sarcoma and its etiologic virus, the Kaposi sarcoma Herpes-virus. Since then, Mhairi has been involved as local principal investigator on two randomised clinical trials investigating simplified clinical treatment algorithms for same-day ART treatment eligibility in South Africa. In addition, she was awarded a five-year R01 which resulted in the development of the first National HIV Cohort created from routinely collected laboratory data and some of the first national-level estimates of retention on ART robust to transfers, with a focus on adolescents. She was recently awarded a second R01 to further develop the lab-based National HIV Cohort to focus on pregnant women. Mhairi has mentored several Master’s level students and her work has been published in several international peer-reviewed journals including Lancet HIV, AIDS, JAIDS, Clinical Infectious Diseases and the International Journal of Epidemiology.